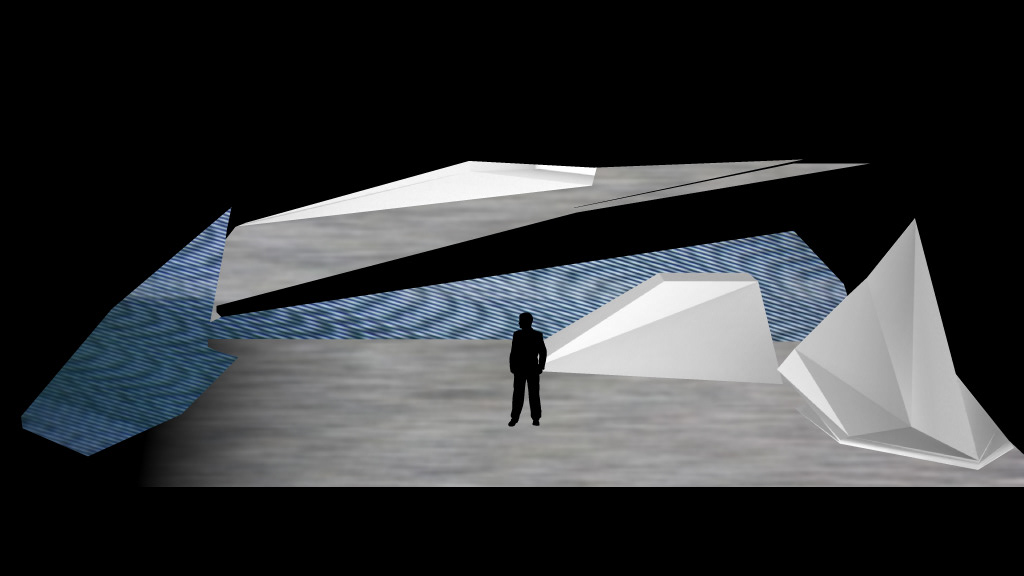 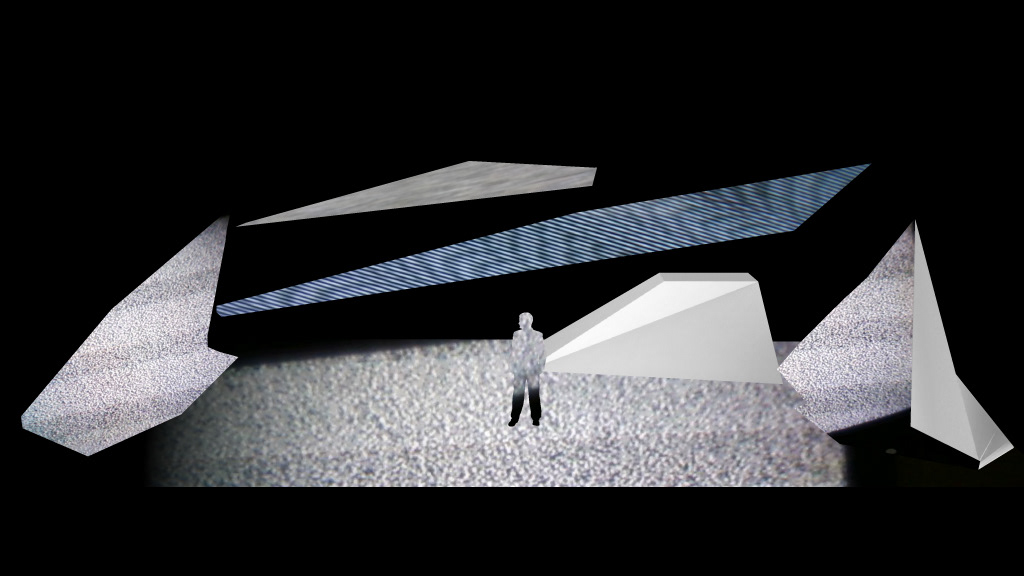 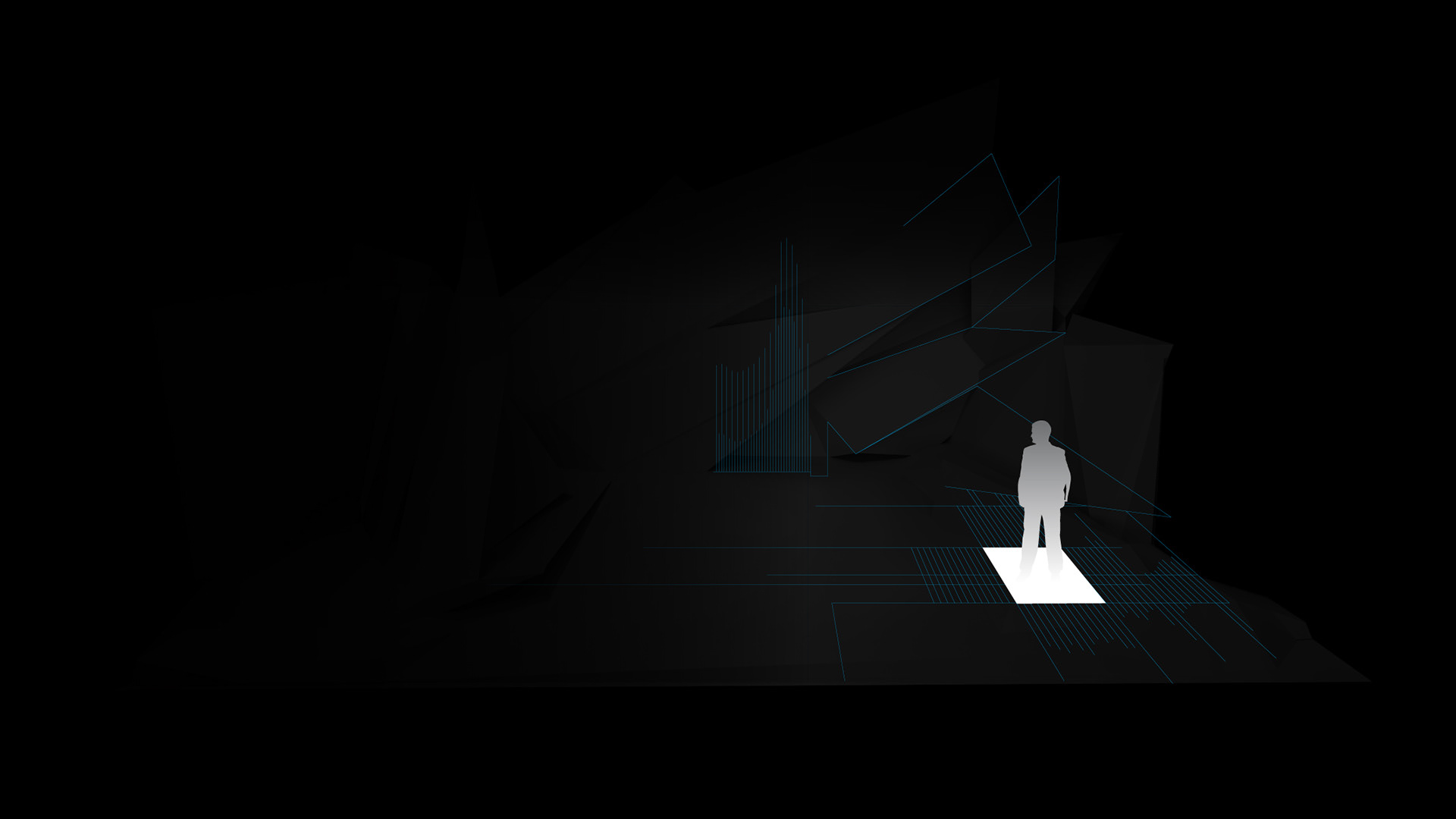 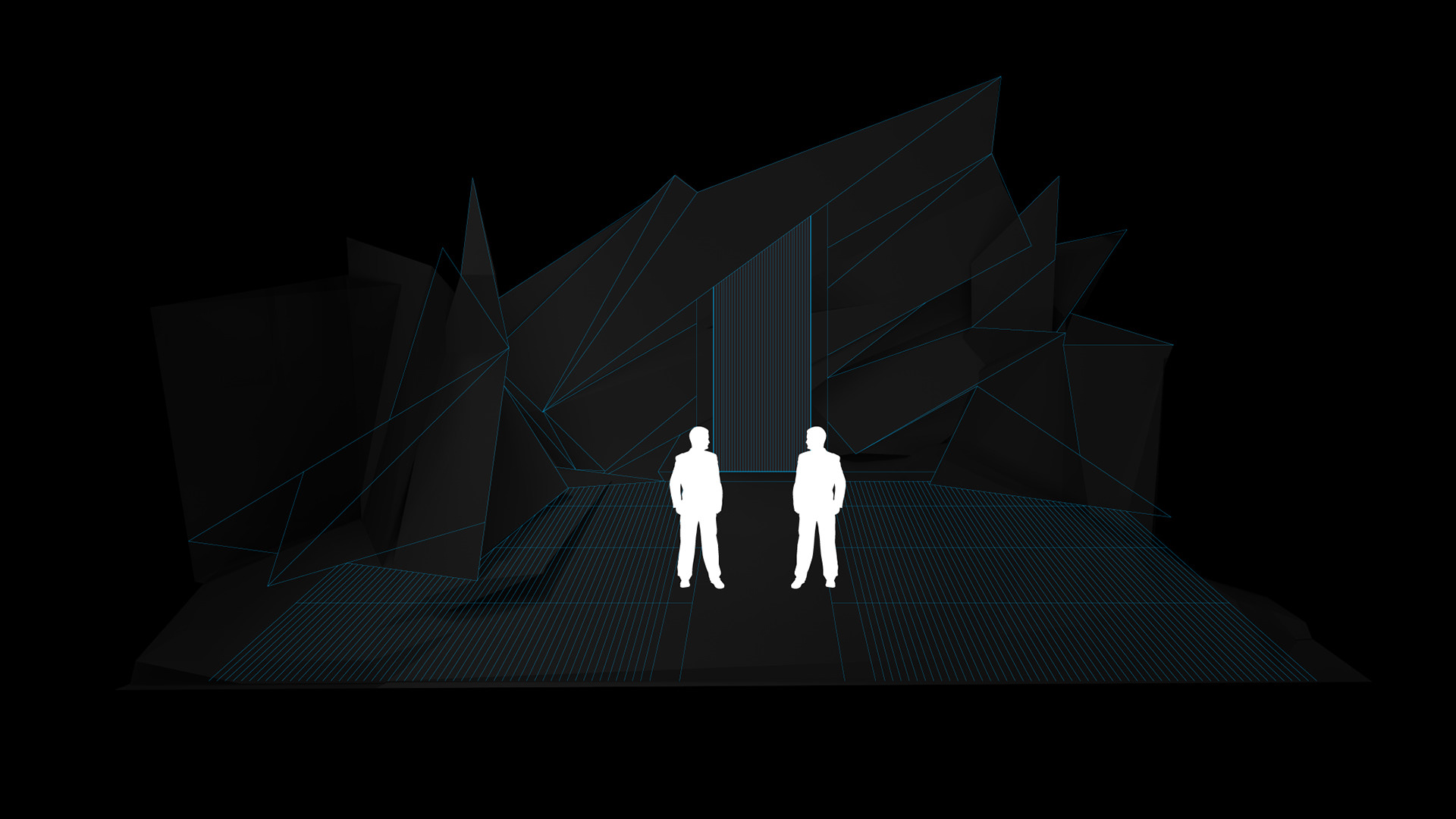 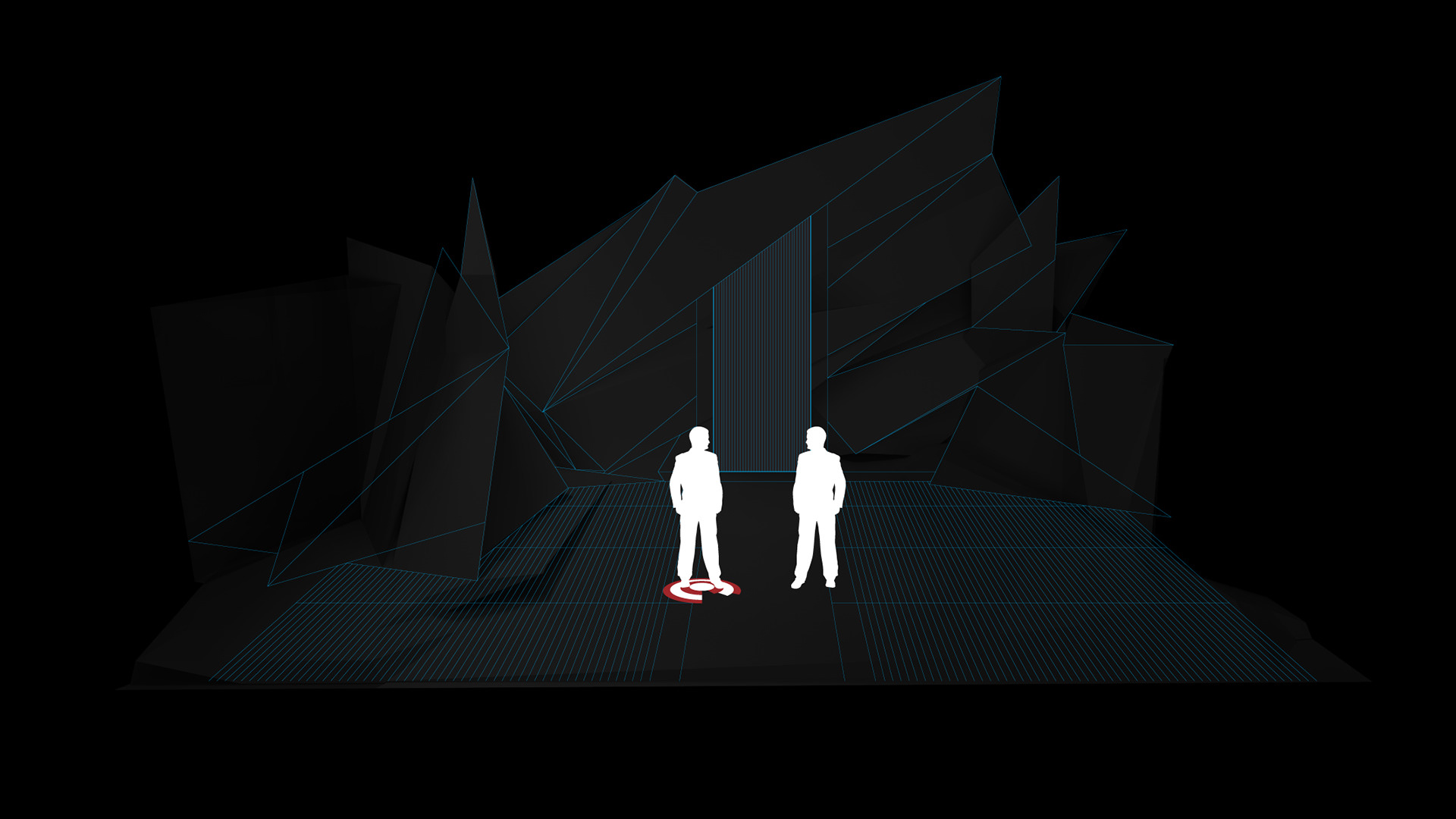 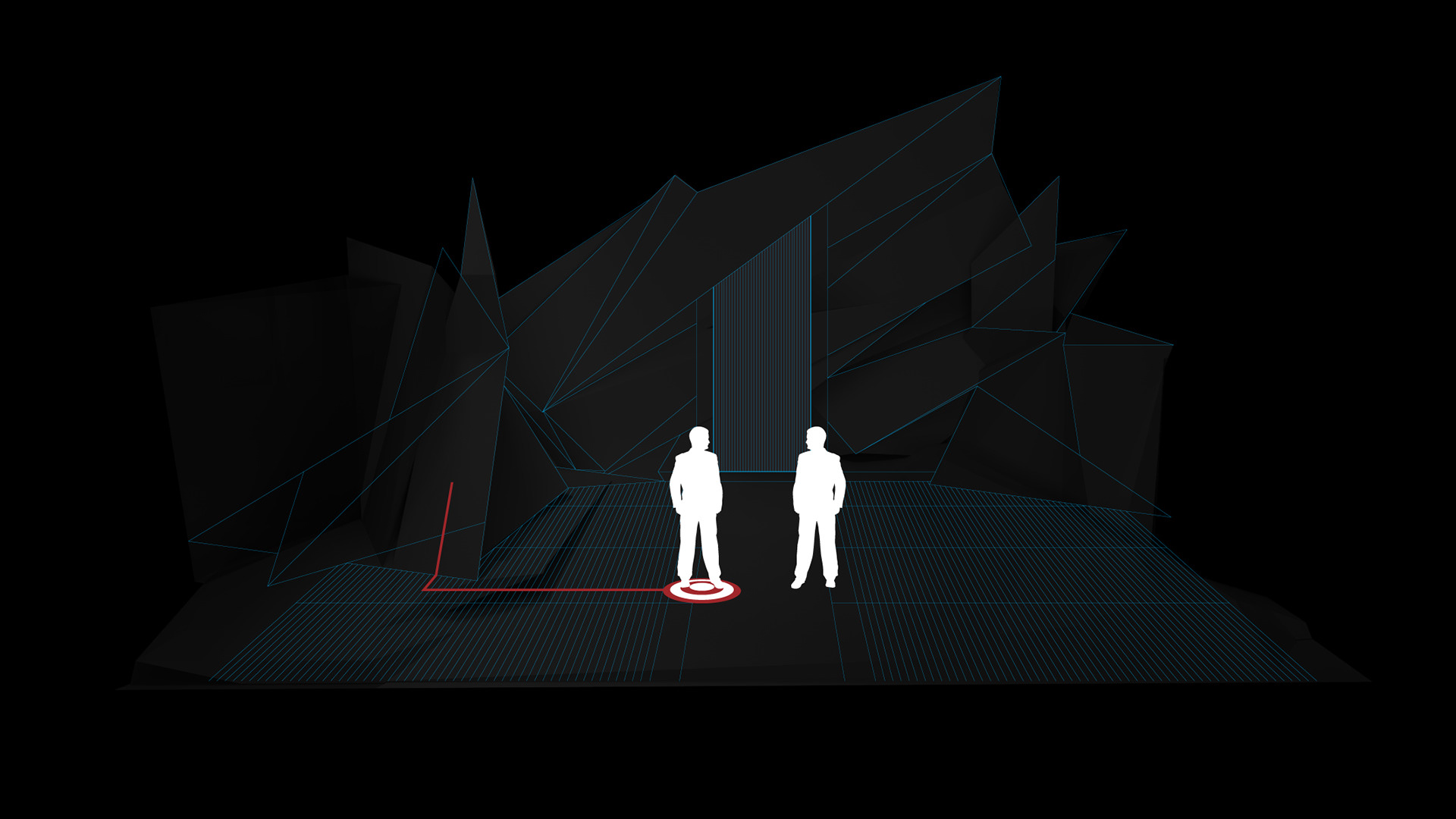 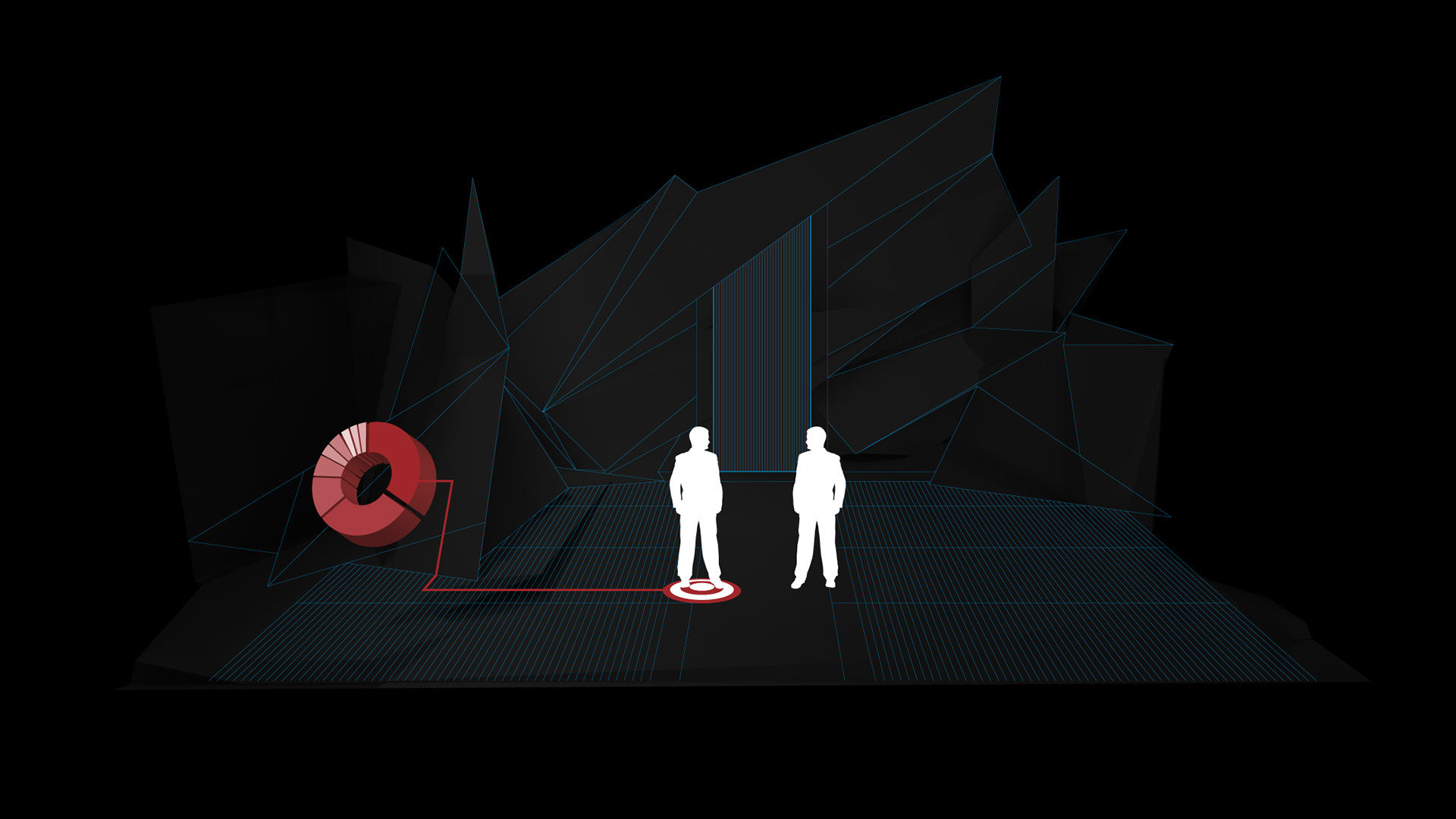 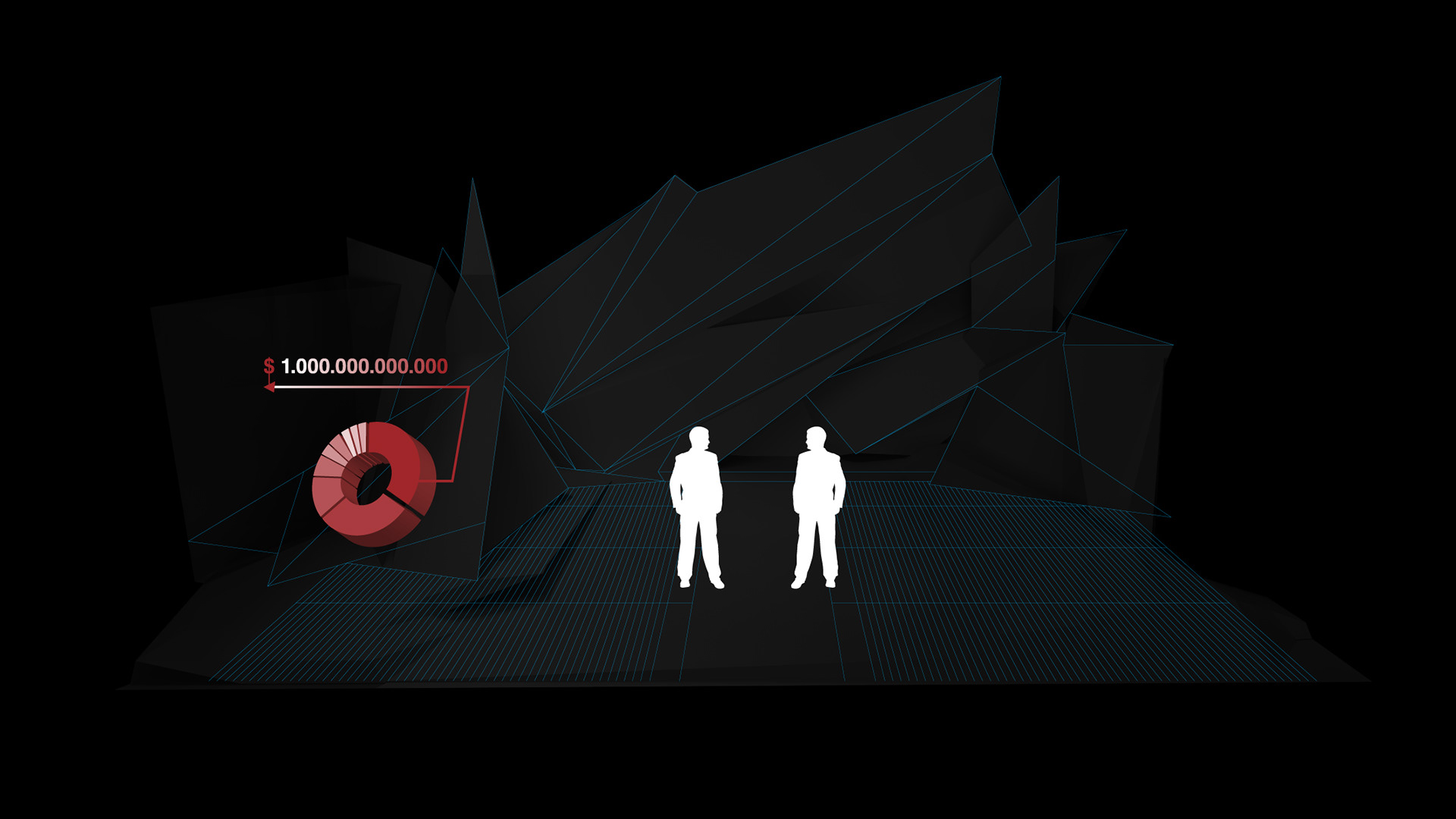 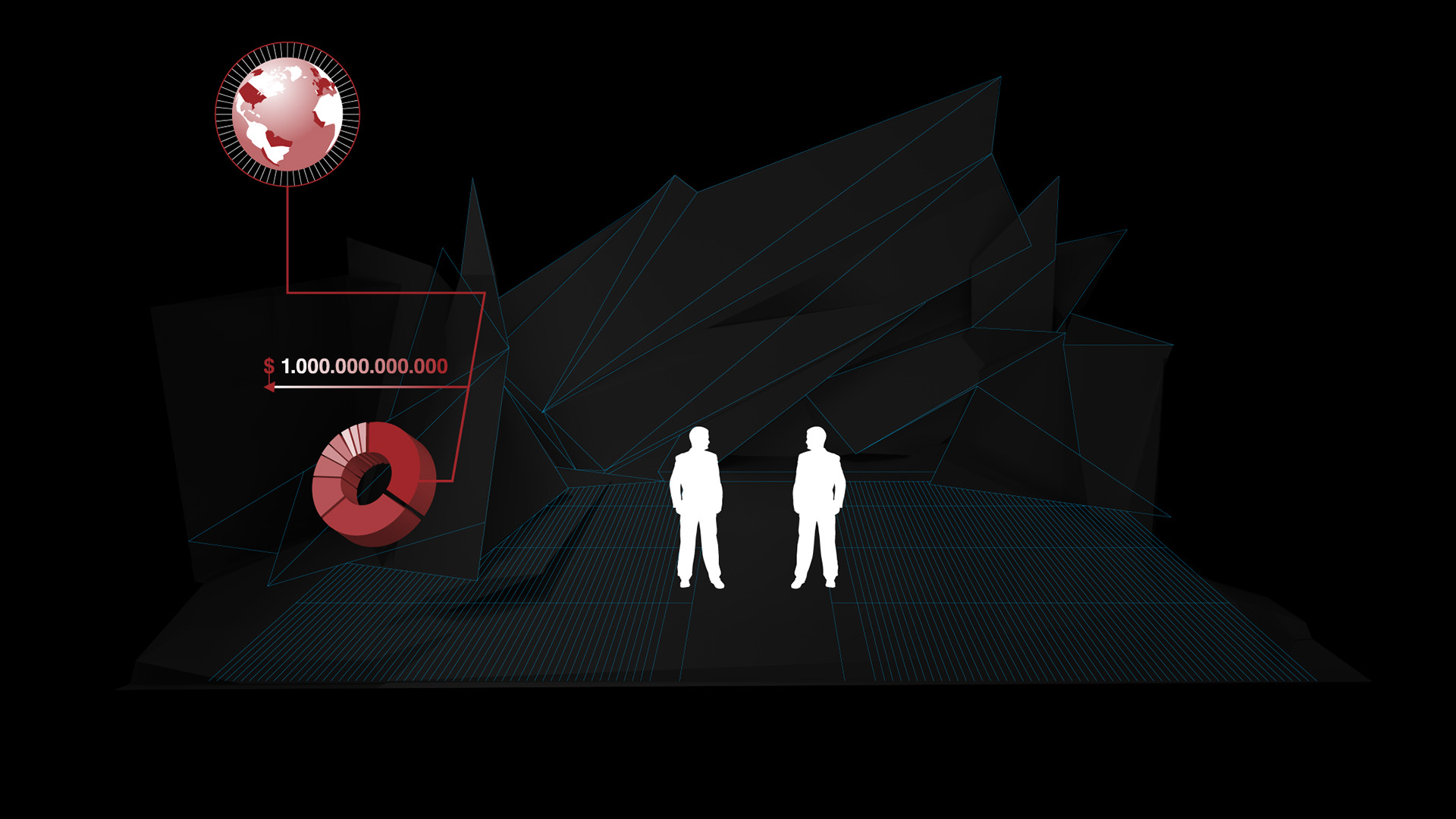 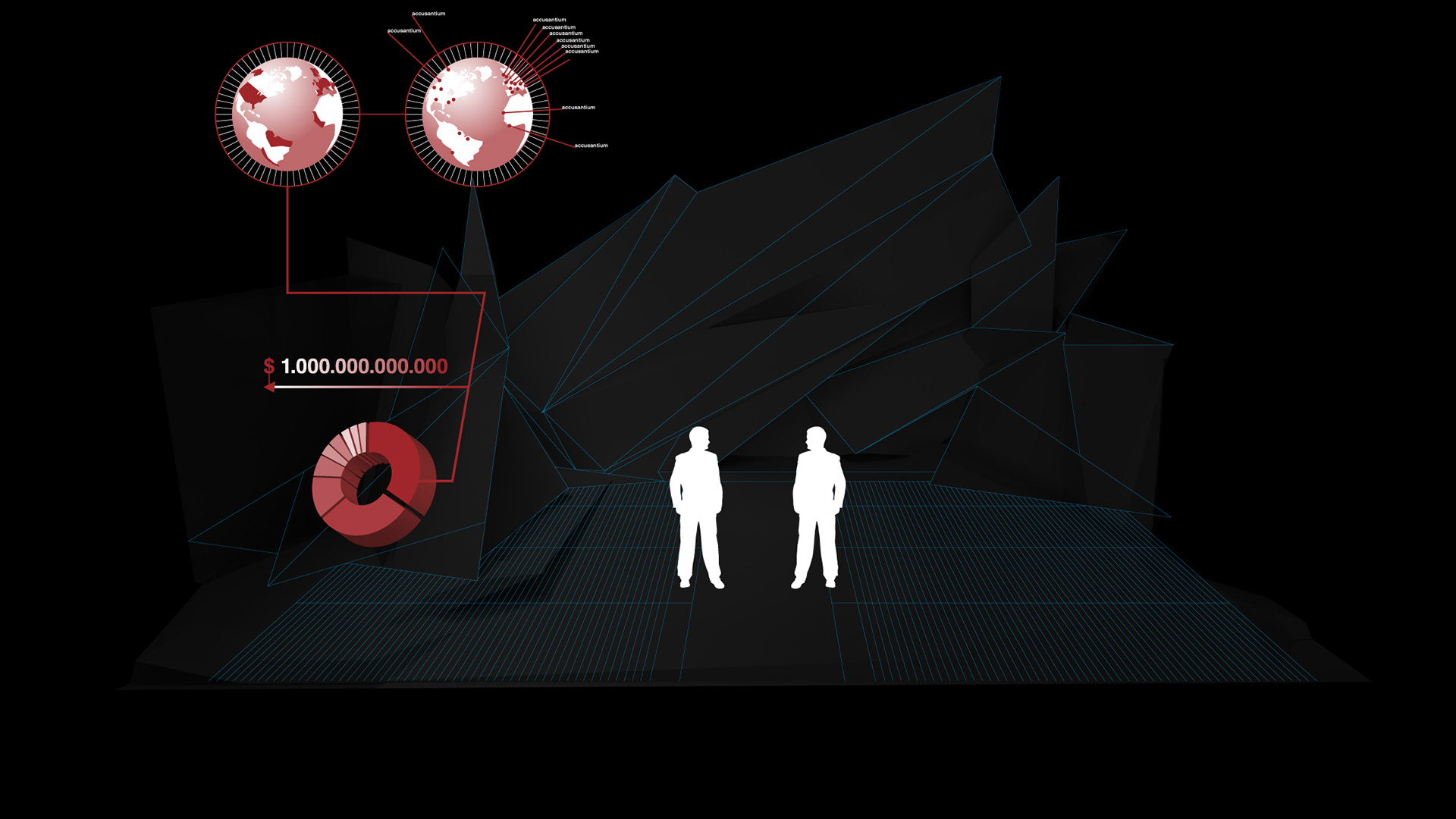 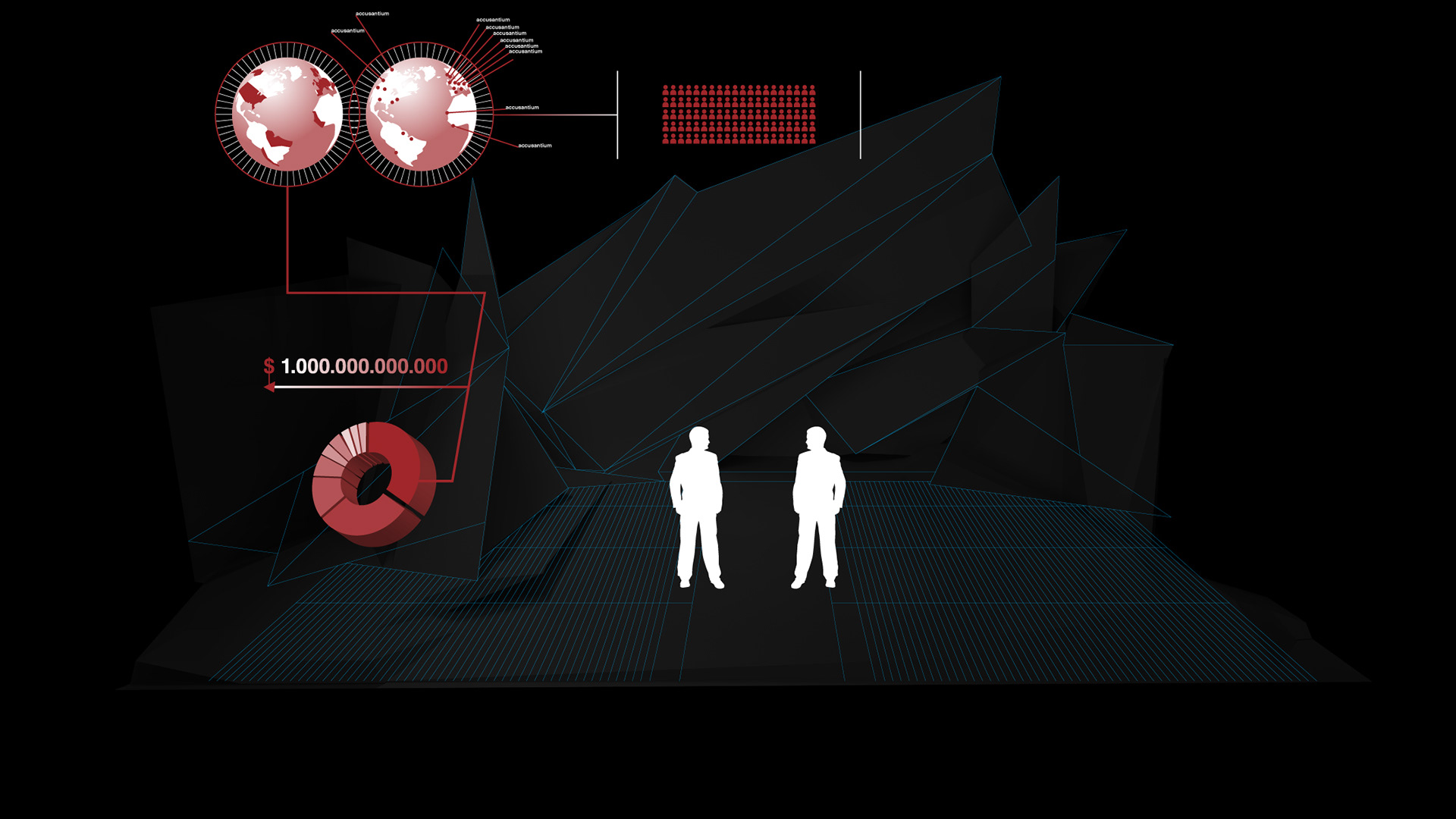 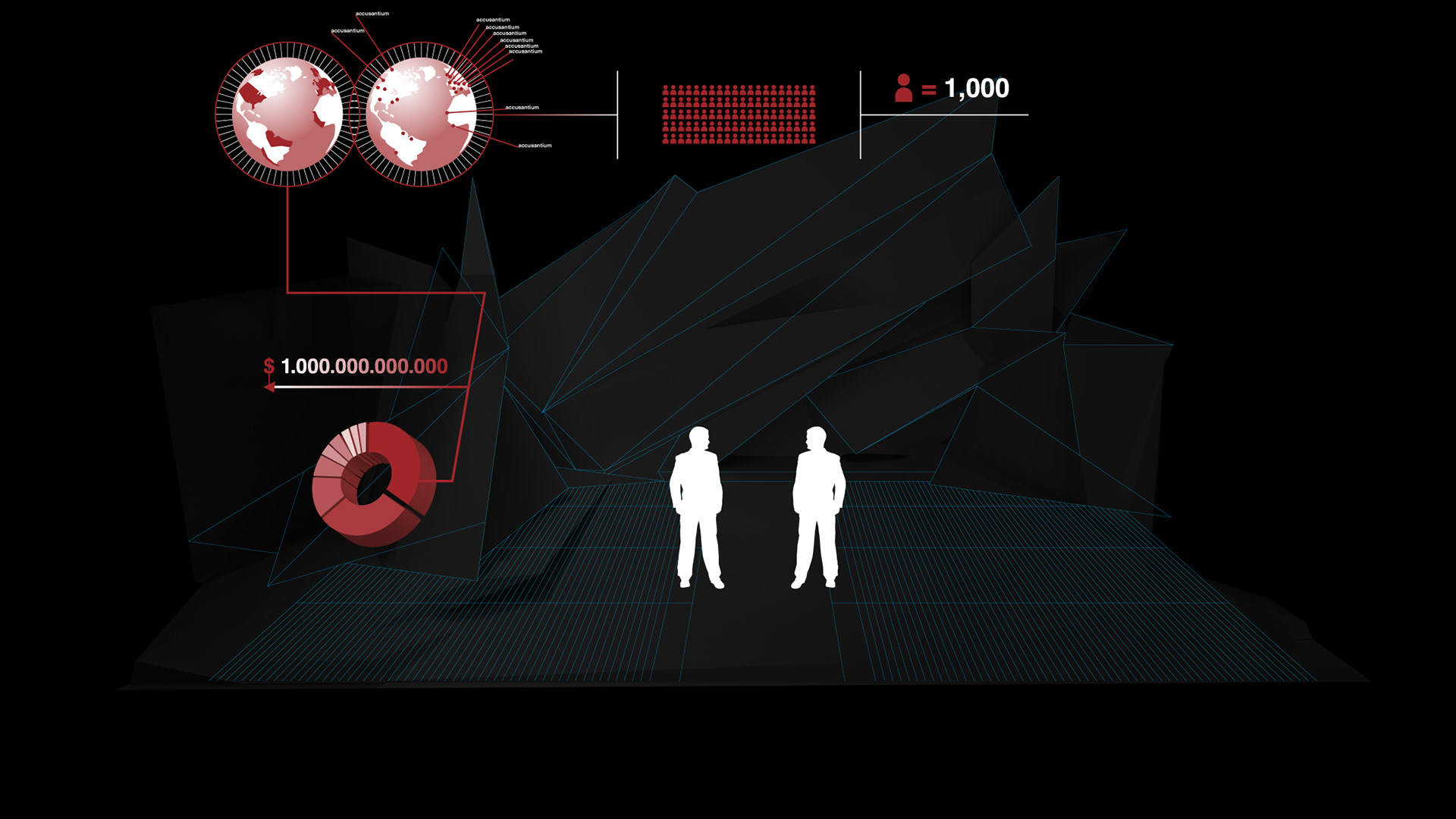 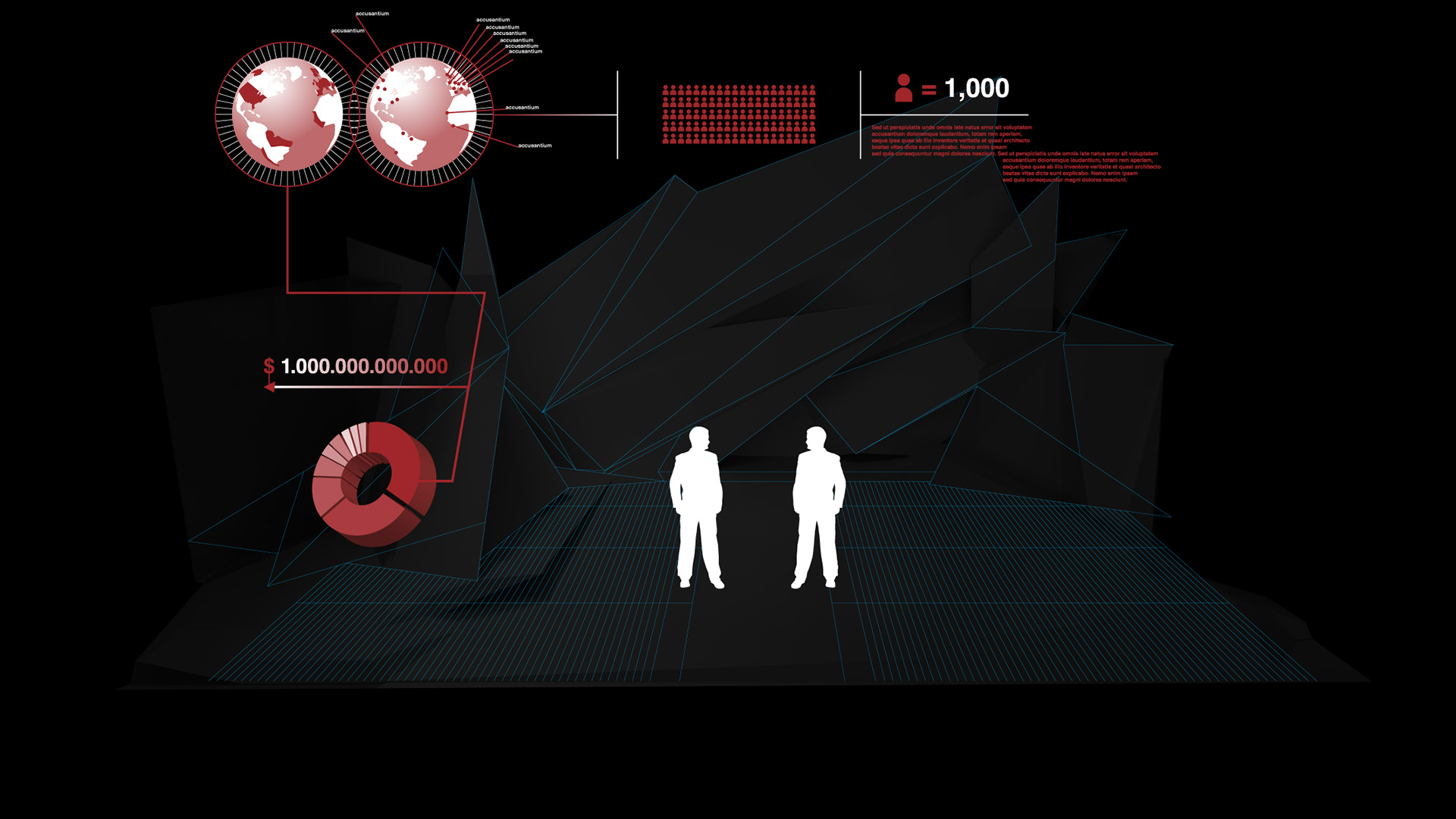 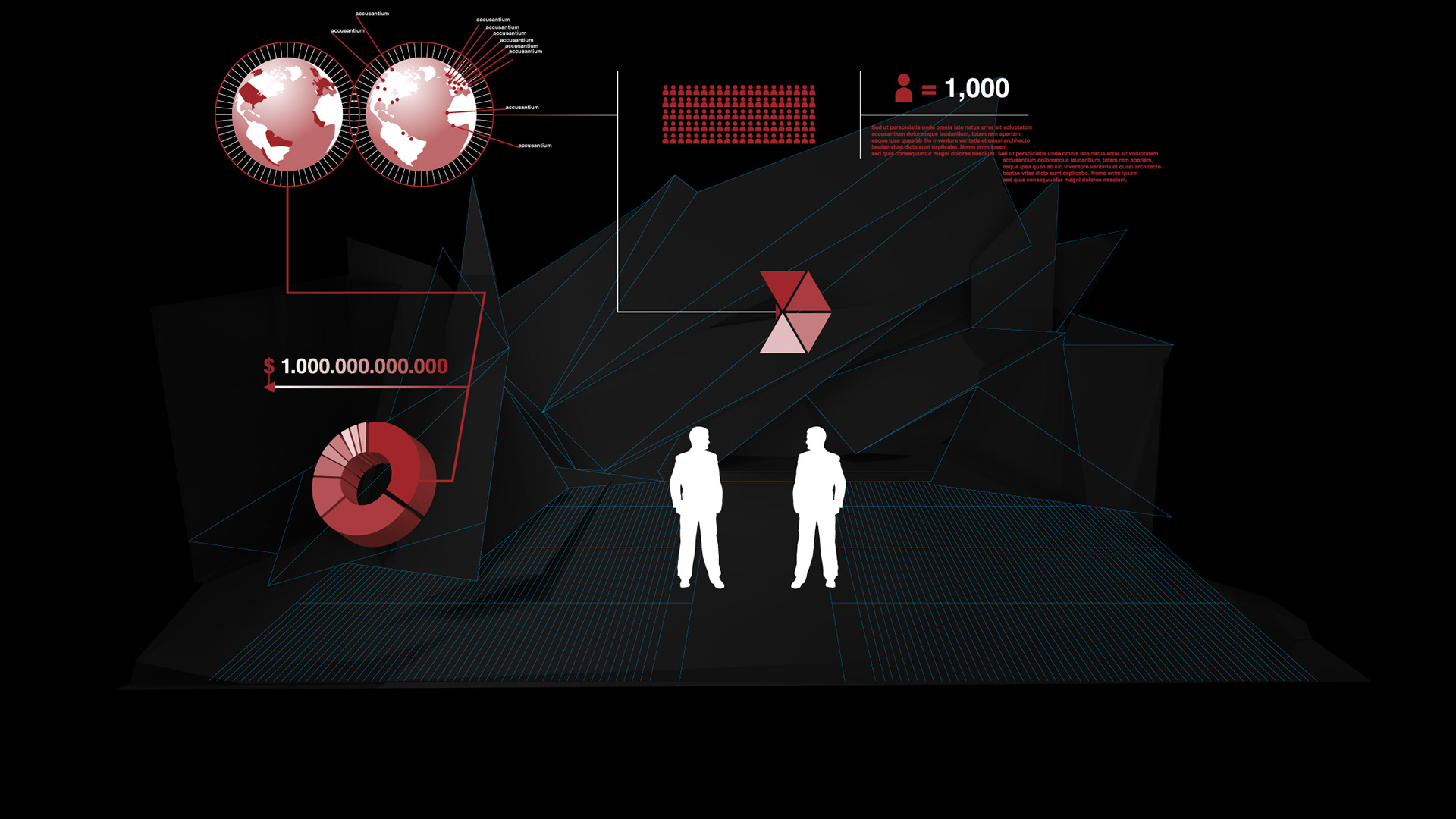 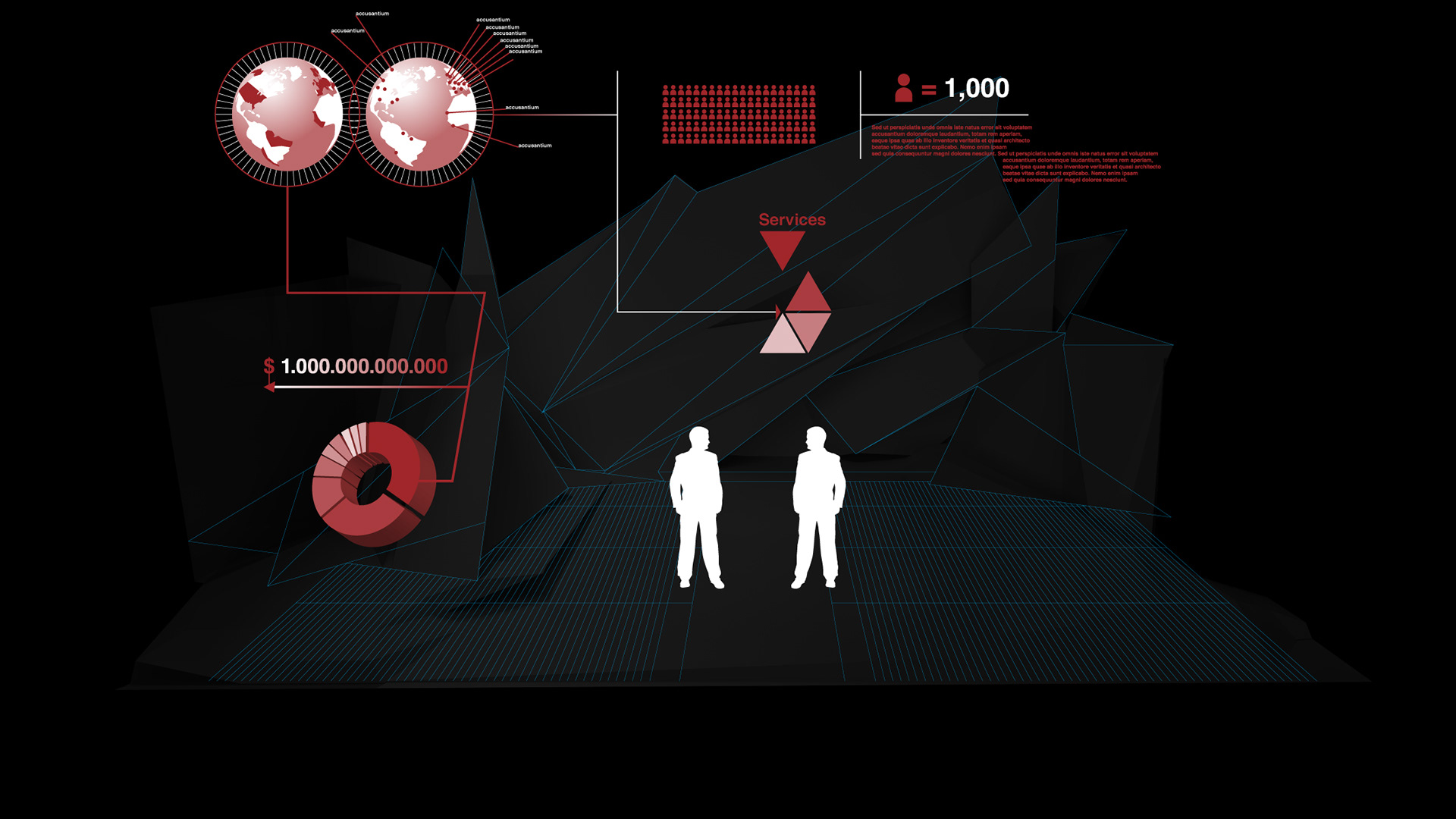 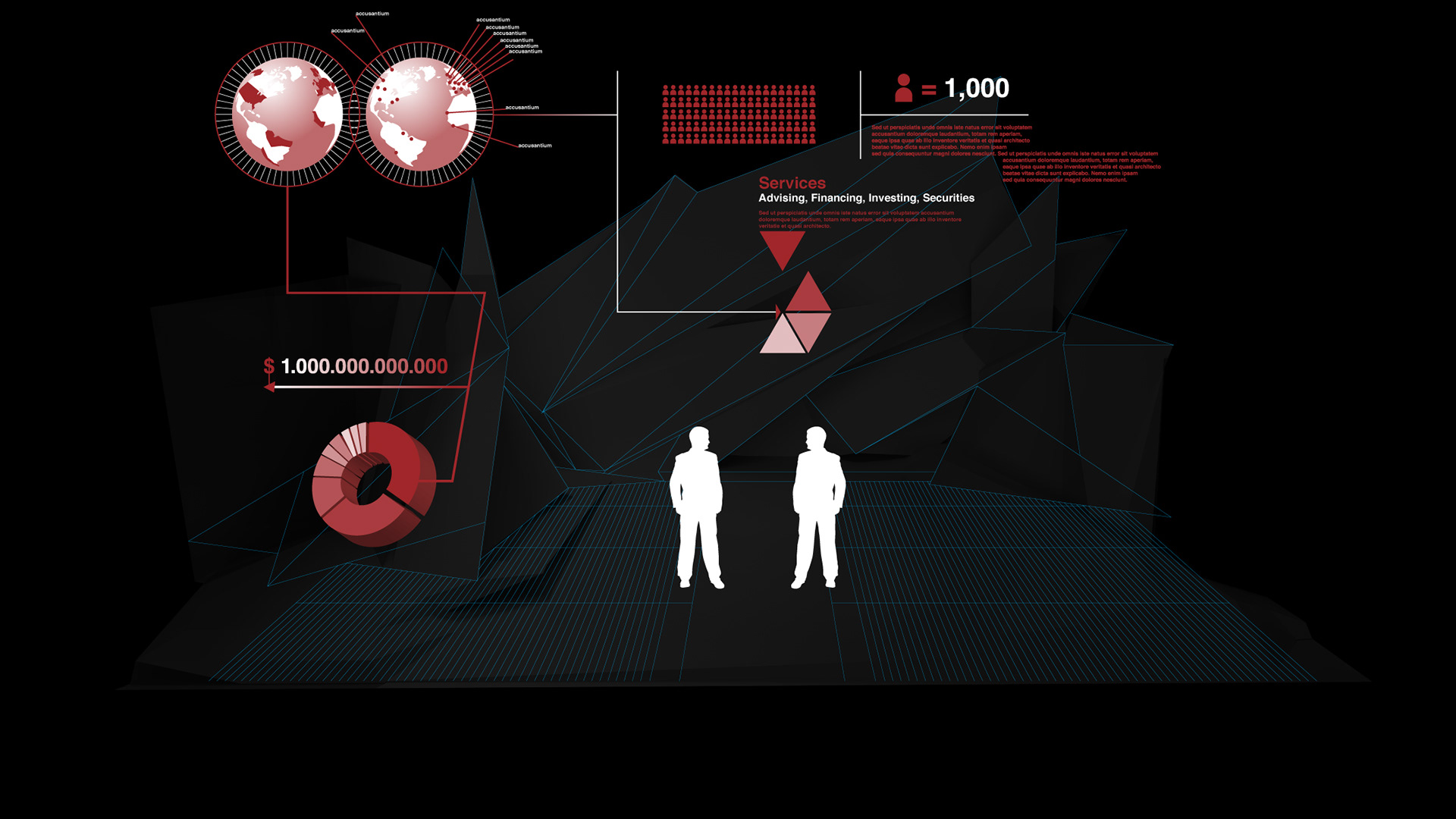 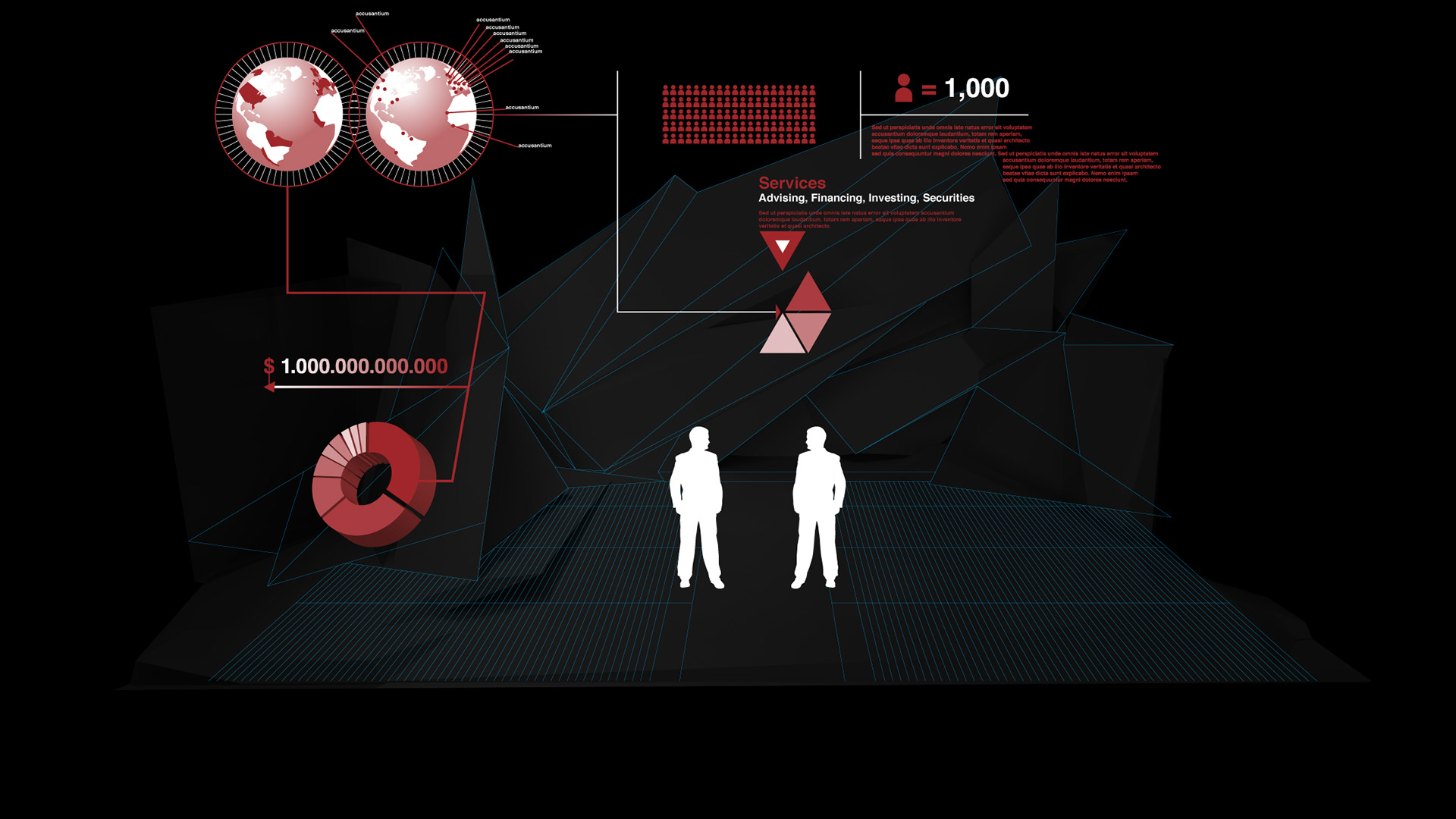 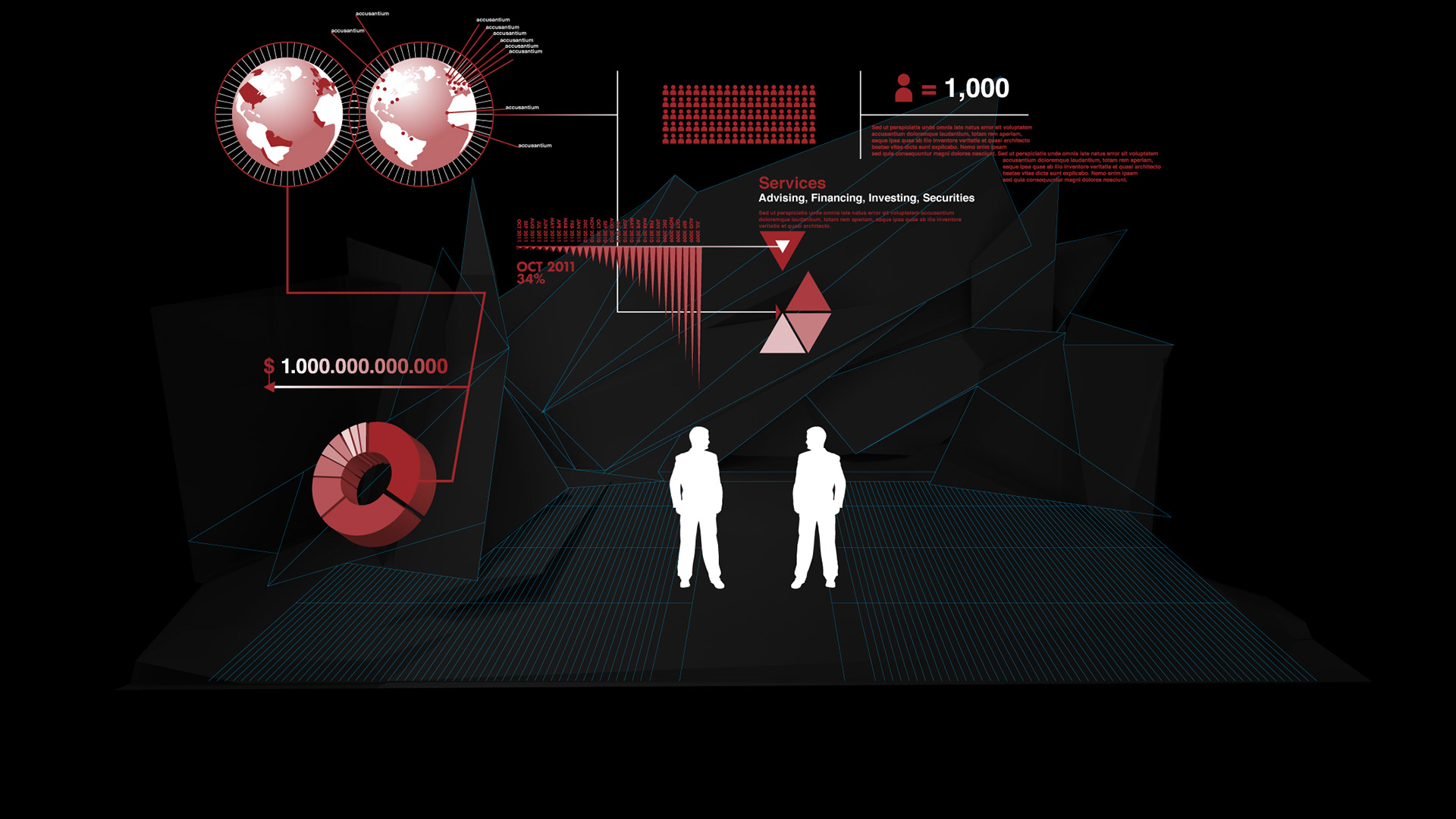 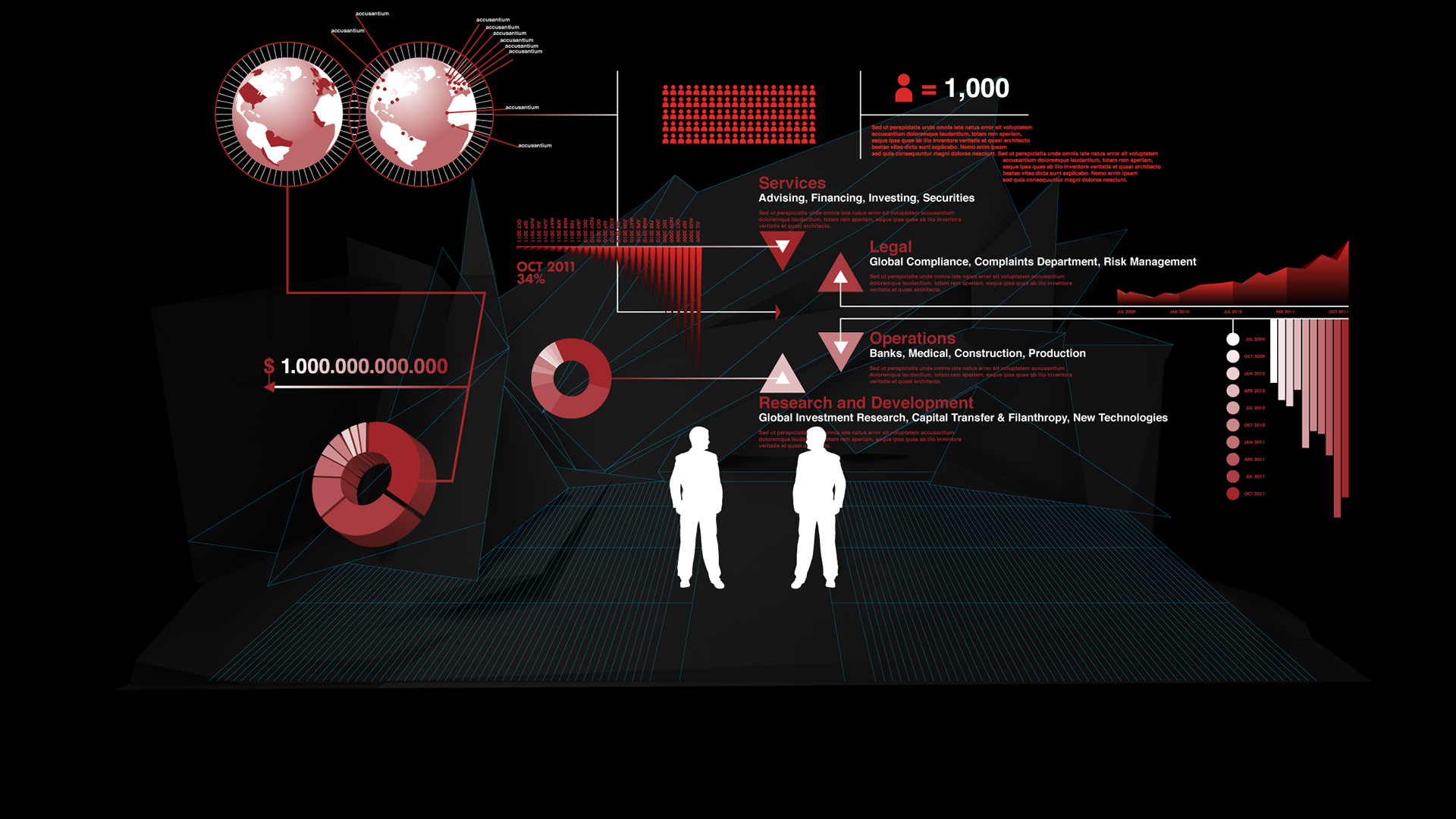 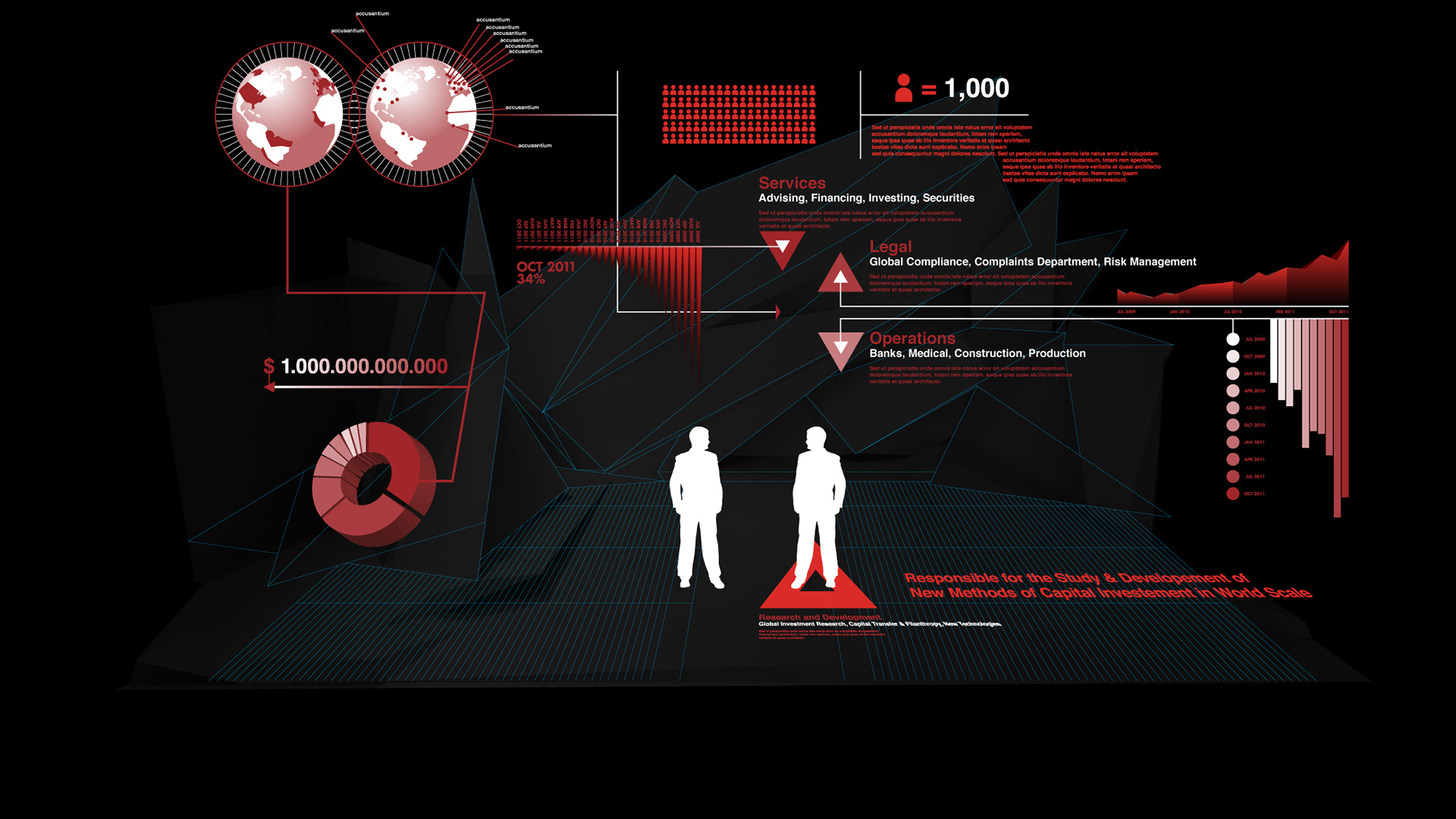 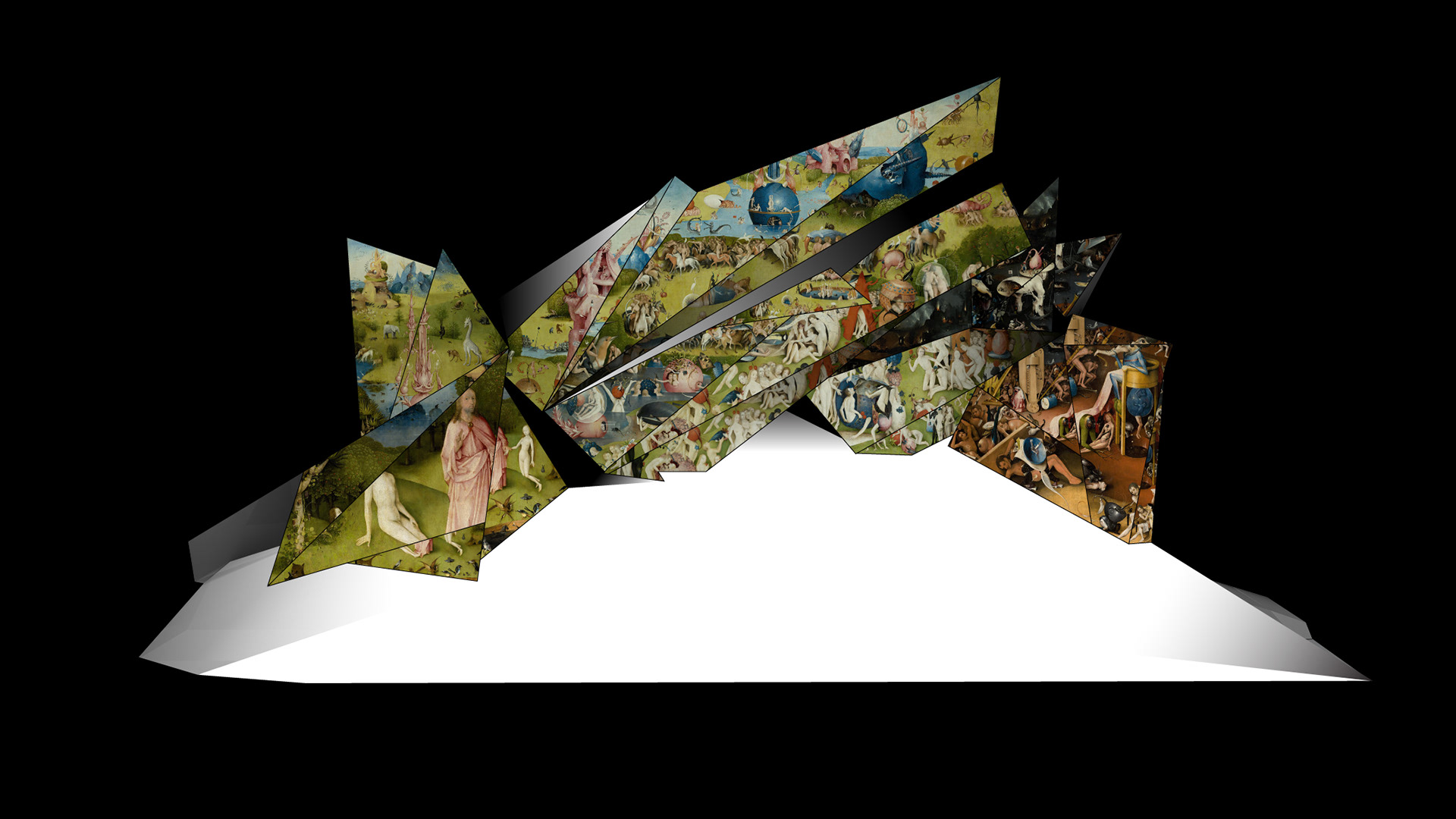 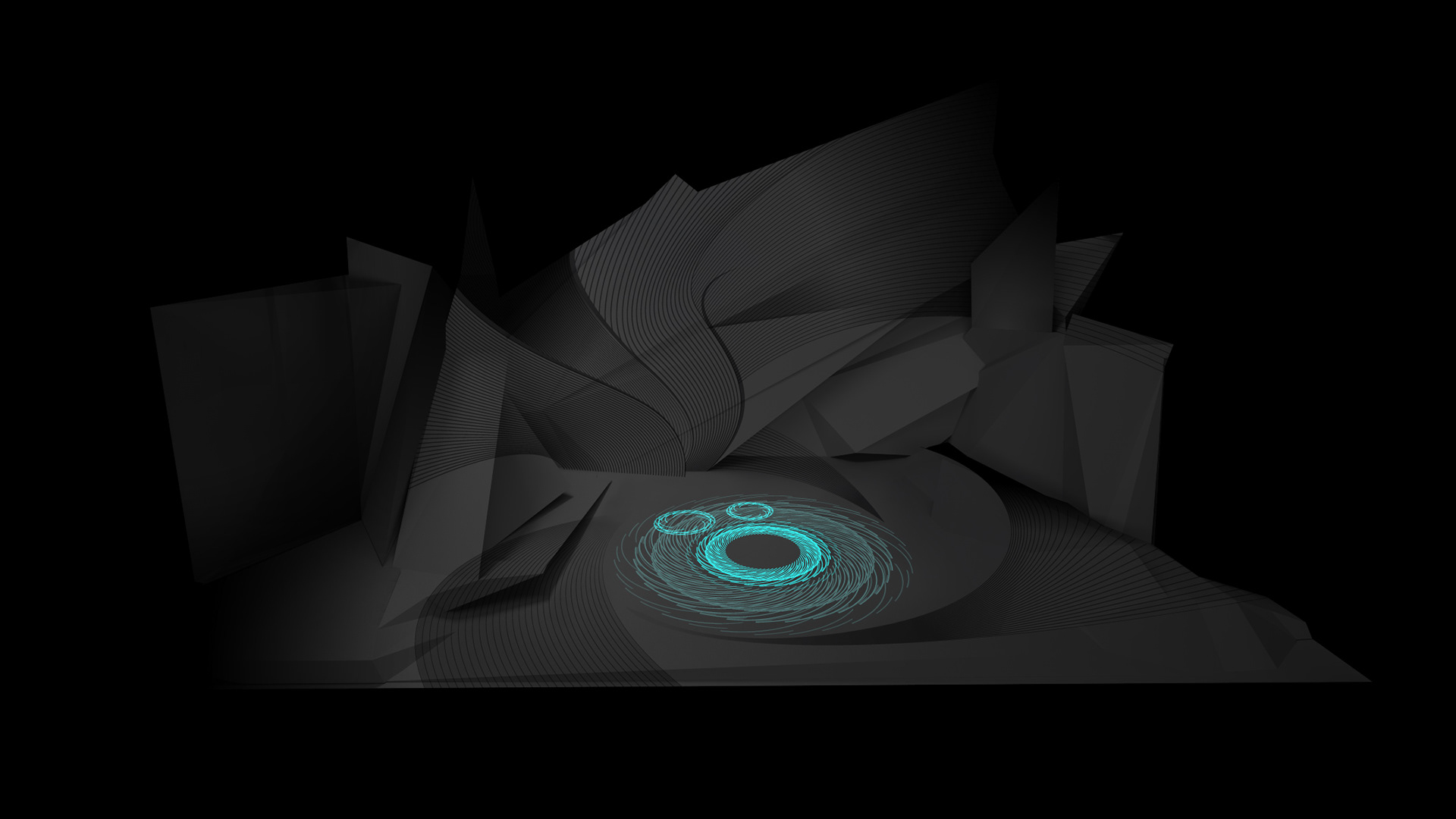 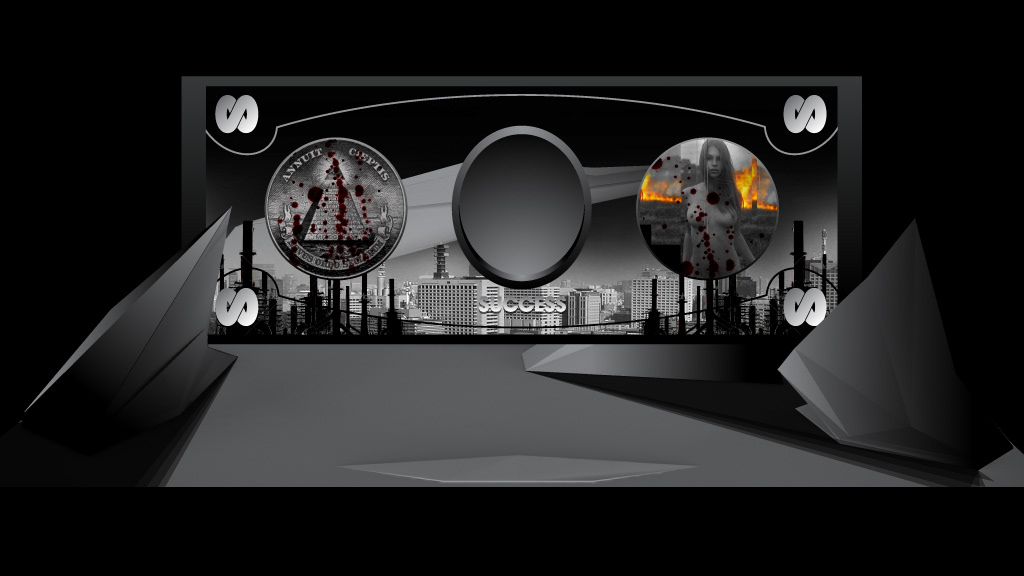 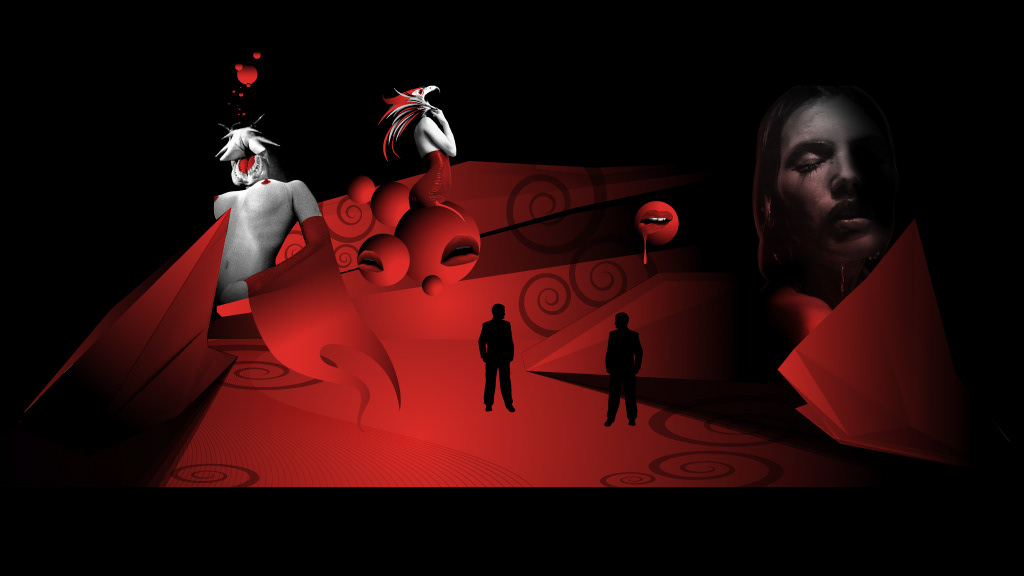 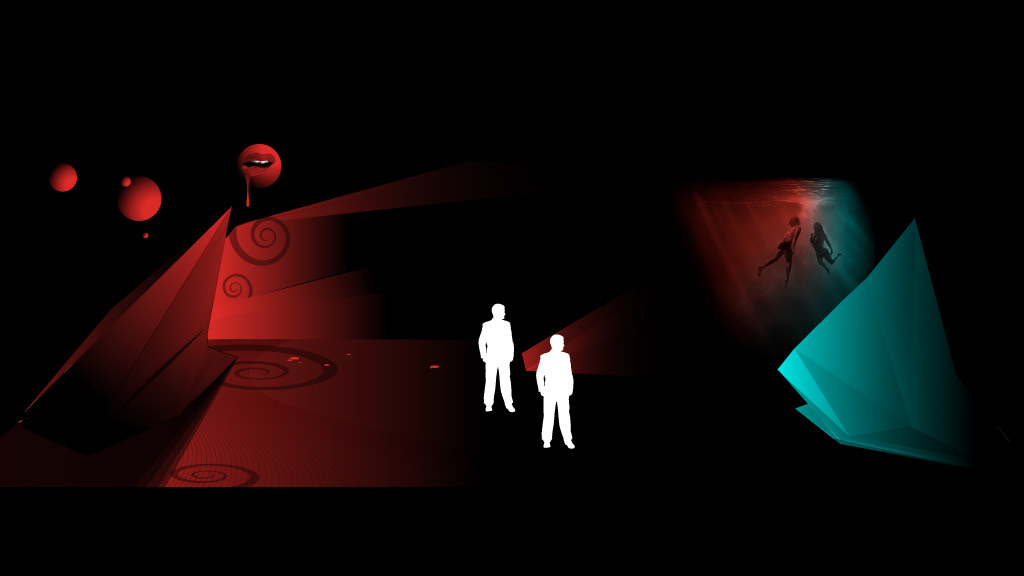 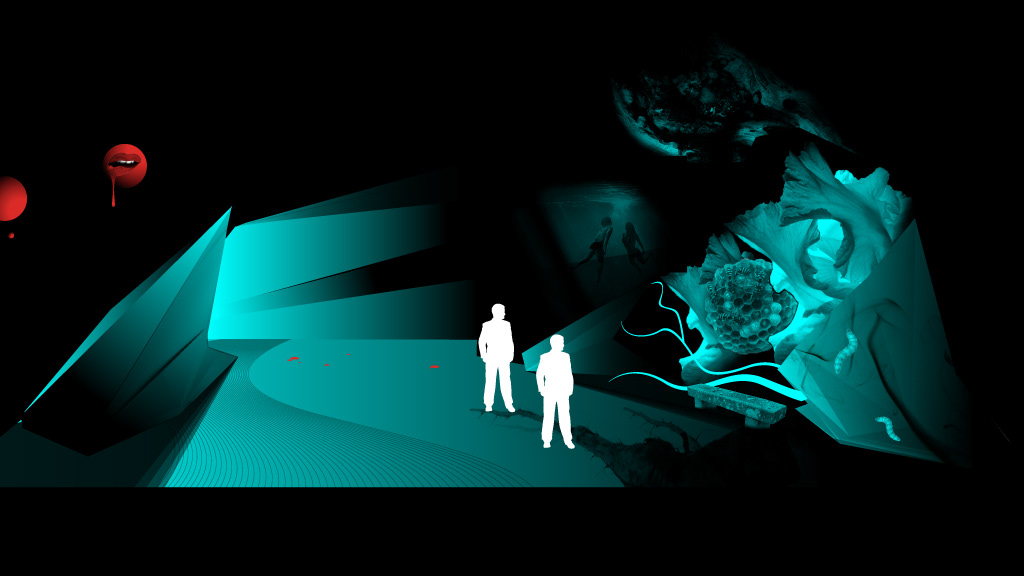 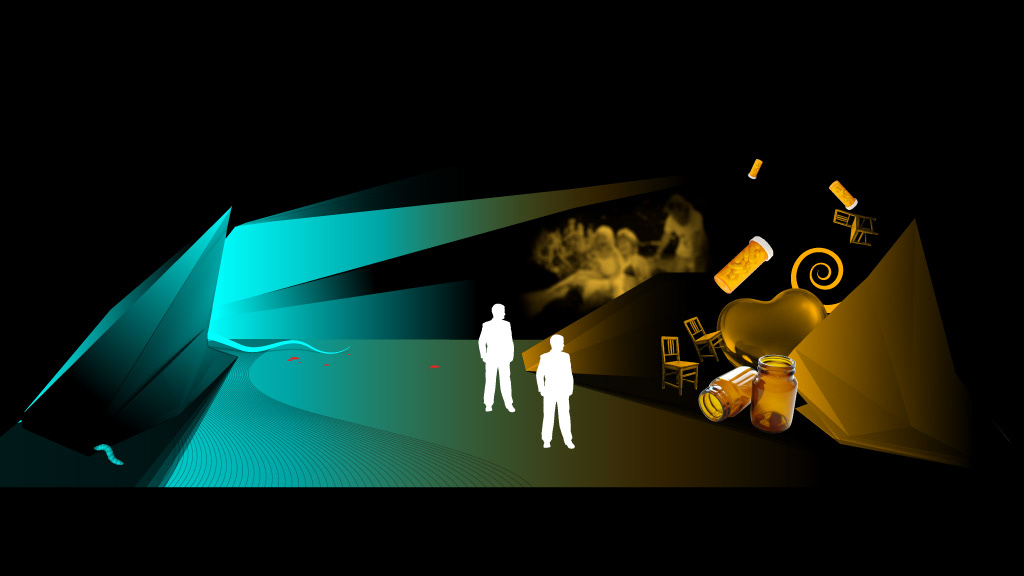 Identity
I designed the logo and later the whole visual identity of the play. I was also responsible for all print applications and for overseeing the creation of the on-screen applications such as the Crentarius website, etc.
The program was perhaps the most important piece of all the applications as it was crucial for the director that the viewer would be inserted in the play's atmosphere through it.
Several cutting dies were made for the program pages, in order to emulate the surfaces on which the projection mapping takes place. In order to show a second layer of information which should be invisible to the viewer up until entering the theater, an ink which is visible only under fluorescent light was used throughout the program. The seating area of the theater was lit with fluorescent light in order for the desired effect to occur.